Movies everyone should see in their lifetime: The Academy Awards 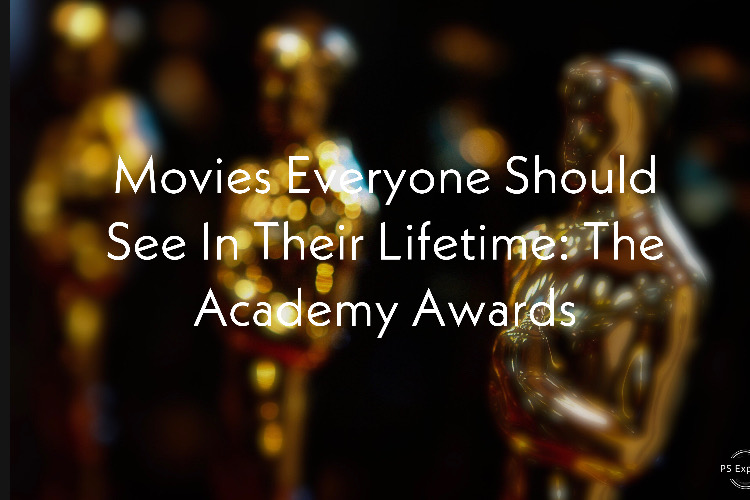 This 94th Academy Awards, we seek to illuminate the Best Picture Nominations and establish them as some of the best films of the year. Each day, the reviews for two movies will be published, written by various movie-loving members of the Homestead community. Today’s featured nominees are Drive My Car and Nightmare Alley, reviews written by Quinten McLaughlin, junior, and Matthew Seiberlich, freshman, respectively.

Halfway through Drive My Car, director Ryusuke Hamaguchi, with the wave of his finger, collapses all sound. The protagonist, Yusuke, a recently-widowed theater director, was talking to Koji, a mysterious actor. Suddenly, Koji turns and stares at the camera, and for seven minutes tells a story about Yusuke’s dead wife that not even he knew, and how it is impossible to truly know a person no matter how close you get. The only answer, then, is to analyze your true self, and with whatever darkness you find, you can be sure they have it too. The scene ends, the film proceeds, but all prior scenes now hold a different meaning. Drive My Car is a story about a theater director dealing with the passing of his wife while developing a friendship with his new driver, Watari, a girl whose soul is equally in pieces. Together, they learn to mend and process their grief. With our prior knowledge about the characters subverted and thrown out, we the audience are made to understand the characters by looking onto ourselves to fill in the gaps, in the exact way the actor just described. The characters gradually become an extension of us, and by the end we become an extension of them. As they change, we change. In other words, the main character in Drive My Car is not a struggling theater director, but viewer himself.

What I liked: One of the most common praises of Drive My Car is that it managed to capture the essence of Haruki Murakami, the author of the short story from which the movie is adapted. Murakami’s surreal and layered storytelling style was once thought to be impossible to adapt, yet here emerges a movie that not only adapts his story, but expands upon it considerably. Even the 3 hour runtime could be considered a stylistic choice, existing just to be in the spirit of the author. One of the most admirable aspects of Drive My Car is its sheer commitment to Murakami’s style, using minimalism to tell a complex story. There is a noticeable lack of flashy cinematography, exposition, or explanations so that the underlying purpose of the story shines through. The camera and characters are intentionally closed off and unemotional for a majority of the runtime, fitting with that theme that human beings are fundamentally unknowable. This occurs up until the end, when the emotions pour out, and the characters realize that they aren’t alone in their grief. And once again, a single scene manages to change the meaning of all the scenes before it. The movie establishes the core theme that suffering is the foundation for human connection and hope, without saying a single thing to suggest it.

What I didn’t like: Drive My Car has very little flaws. But some things, such as shortening the runtime by a small amount, or adding in more music, could have been done without detracting from the style. Other stylistic choices, such as with the cinematography or long dialogues, could alienate some casual movie-goers even if it works perfectly with the story. The aloofness of the characters can also be too much in the first half of the movie – I would have preferred some small moments of emotion scattered throughout. The movie Columbus released in 2017 used nonverbal things such as body language, eye movement, and architecture to convey emotion amidst the dialogue – something I wish this movie did more of.

Conclusion: Drive My Car may be about a man experiencing grief, but by the end it becomes a complete character odyssey about accepting loss. The movie does not really try to be “normal,” which is why most casual movie-goers will be turned off by the runtime and pacing. But in terms of storytelling, Drive My Car may be one of the most methodically complex and precise screenplays ever written, and one of the most thematically consistent movies released in years. It is truly astonishing to see all the moving parts that make this movie tick behind its simple facade. This film is available for free with an HBO Max subscription.

Stan Carlisle (Bradley Cooper), a smart and manipulative man, joins a carnival as a laborer. After meeting a woman he falls in love with, and learning mentalism from a carnie, he leaves for the road, becoming a conman and working with a devious psychologist (Cate Blanchett) to scam the elite out of thousands of dollars, but his greed comes back to haunt him in this serious yet enjoyable movie.

What I liked: The acting in this movie is amazing. Everyone in the cast brilliantly plays their role, and I feel many of them should be nominated for best lead or best supporting character (especially Bradley Cooper). The score is chilling and beautiful and contributes to the brilliant atmosphere. The carnival that serves as the setting of the first hour especially looks amazing and serves the tone and atmosphere of the movie stunningly. In addition, the ending is written very well, with the last half hour keeping viewers at the edge of their seats the whole time. Finally, the movie has some brilliant storytelling, with great callbacks, great character choices and development, and one of the best uses of Chekov’s Gun—the dramatic principle that suggests that details within a story will contribute to the overall narrative—that I’ve ever seen.

What I didn’t like: The film contains a lot of odd camera work, with quick cuts and fades to black that feel out of place and somewhat jarring compared to the rest of the movie. The same can be said with little moments of humor that don’t quite land. While I did like the story, it was very slow, and with 150 minutes of runtime, the pacing was lethargic, and it felt like 30 minutes could easily be cut out of the movie. It also does feel like at times the movie trades enjoyment for overplaying the “moral of the story.”

Conclusion: I truly enjoyed this movie. However, I think the Oscars that it is nominated for are bad choices. While the costume design and cinematography were both great, I don’t know if I would say they’re Academy Award-worthy. On the opposite end, I think every actor and actress in this movie was snubbed for an Oscar nomination. I especially think Bradley Cooper deserves Best Leading Actor. Although I think those were mistakes with nominations, I do feel that it is a very strong contender for Best Picture, and I genuinely will be shocked and upset if it doesn’t win Best Production Design. Overall, I thought this movie was incredibly good, and I would recommend it to any thriller or drama lover! This film is available for free with an HBO Max subscription.