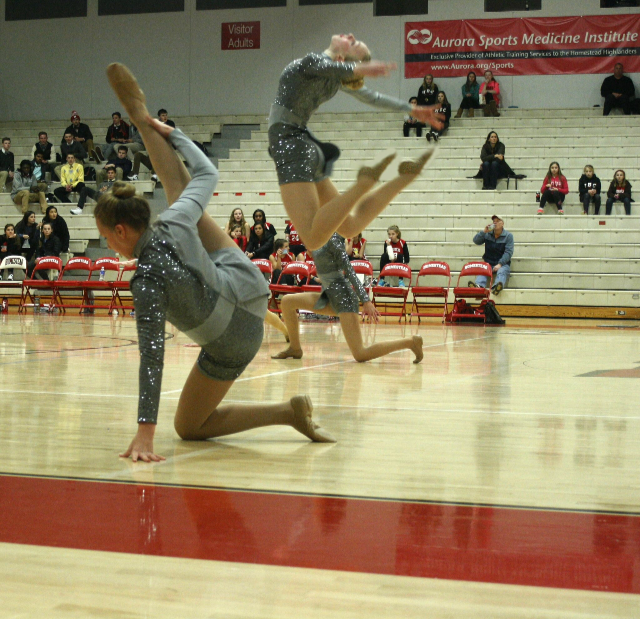 Meer does a solo at half-time at a basketball game. 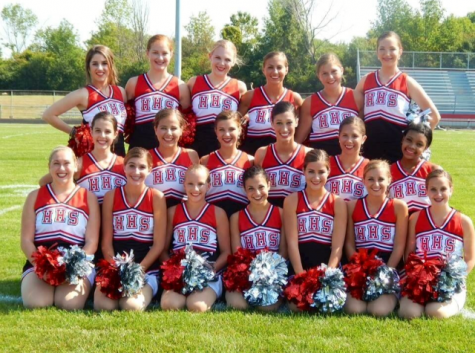 “I have been dancing for 15 years. As a child, everyone tries all kinds of different sports, from basketball to soccer to flag football and even baseball. Almost every little girl ends up trying dance. I ended up trying it, and sticking with it as my sport. I stayed with it because there are so many different paths that it can take you on. There are also many different types of dance that you can do, such as, Hip Hop or Pointe or Contemporary. I have done every style of dance and they are all so much fun. At the age of eight I started dancing in the Nutcracker. Over the years, I got to play many different parts. Eventually, I stopped dancing in the Nutcracker. When I did stop, I was asked to join the first competition team my studio ever had. I had never really thought of competing until I was approached with this opportunity in eighth grade. I ended up joining, and really enjoyed the experience. I remember that my team was very successful. Because I wanted to be involved at the school, I decided to join the Homestead Varsity Dance Team as a freshman. For my first two years, I had Amanda and Amanda as my coaches. There were 12 seniors my freshman year so I didn’t really get to know the Amandas until my sophomore year. During my junior year, I had two different coaches. This year I have Alex as our head coach and Emily as our assistant coach. We were able to welcome 12 new girls to the team, 10 of which are freshmen. Not only does the team perform at football games during halftime, but we also compete. There are a few competitions at other schools followed by a regional and, if you qualify, a state competition. We already had our first competition, where we got second place. Our second is in December at Watertown.  I have met so many amazing girls along the way and I wouldn’t change anything about it.” (Katelyn Meer, senior)