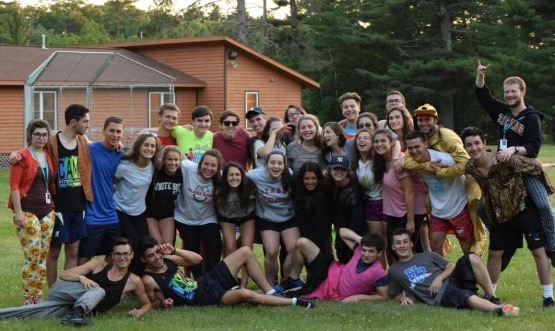 Kramer reflects on his time at camp

“Last summer I went to Camp Interlaken for eight weeks. Last year was my tenth year attending. This year I was a counselor-in-training. I was in charge of third, fourth and fifth graders. At some points during camp, there were some hard times and problems with the kids, but in the end it was really rewarding. The first day they were all extremely shy and unwilling to talk, but by the end, they were opening up to everyone so much, and that was really cool.

I was also a lifeguard there. I got to help out with the disc golf, basketball and waterskiing activities. That was a lot of fun.

I go to camp because it’s fun. I also go because it gives me the opportunity to see and bond with my friends from all over the country, and some who are from around the world.

One of my favorite memories from camp happened about five years ago. My friend Carly and I were on this sailboat. While we were on it, and while it was moving, I threw her off of it, into the water. The sail director was in another boat right by us and saw us. He banned us from ever sailboating at camp again. I haven’t been sailing since.” (Logan Kramer, senior)