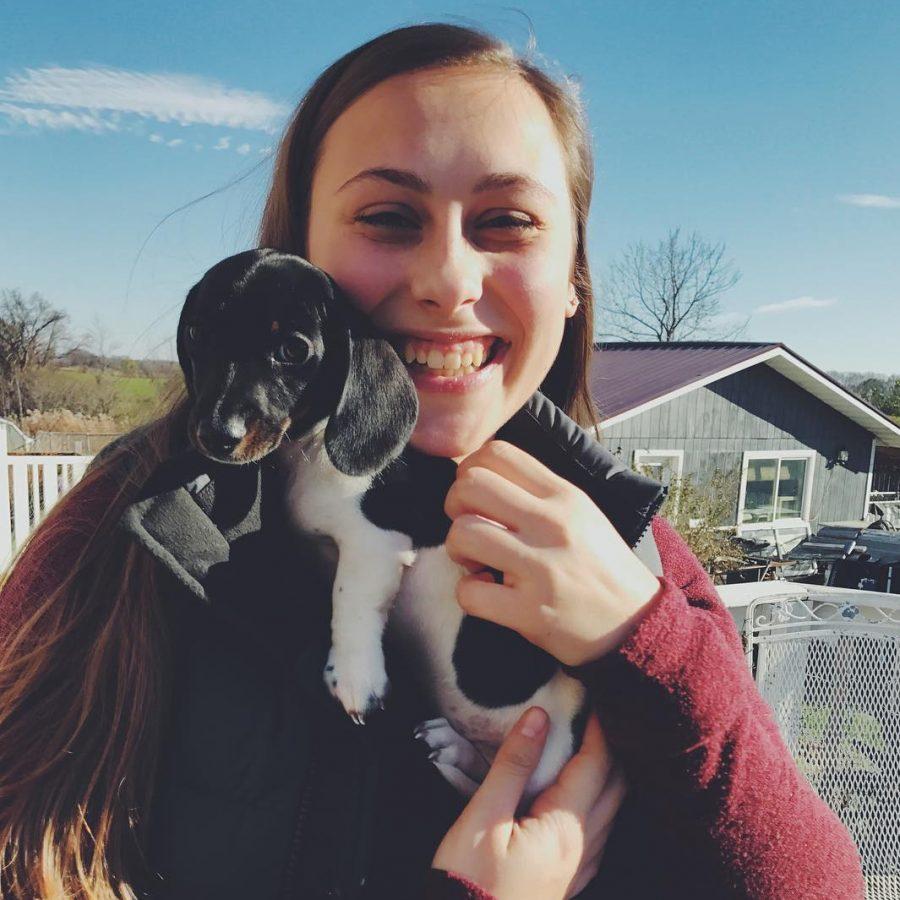 “My dad grew up in Chicago and is a huge Cubs fan, as well as the rest of my family. When it came to the World Series, my dad and I made a deal that if the Cubs actually won, we would get a puppy. I had been bugging my parents for months before that. Sure enough, they won. I ended up finding and getting the perfect puppy. We got her from a breeder in Northern Wisconsin. When thinking of a name for the new puppy, we decided to name her after my dad’s favorite player, Ernie Banks. We just call her Ernie though.

We have two other dogs and the oldest one is really old. So, I thought it would be a good idea to get another dog. I really wanted another one so that the second dog had somebody else to play and bond with. So far, it’s been really great with her. She’s learning really fast and she is so sweet and friendly.” (Rachel Sandlow, junior)