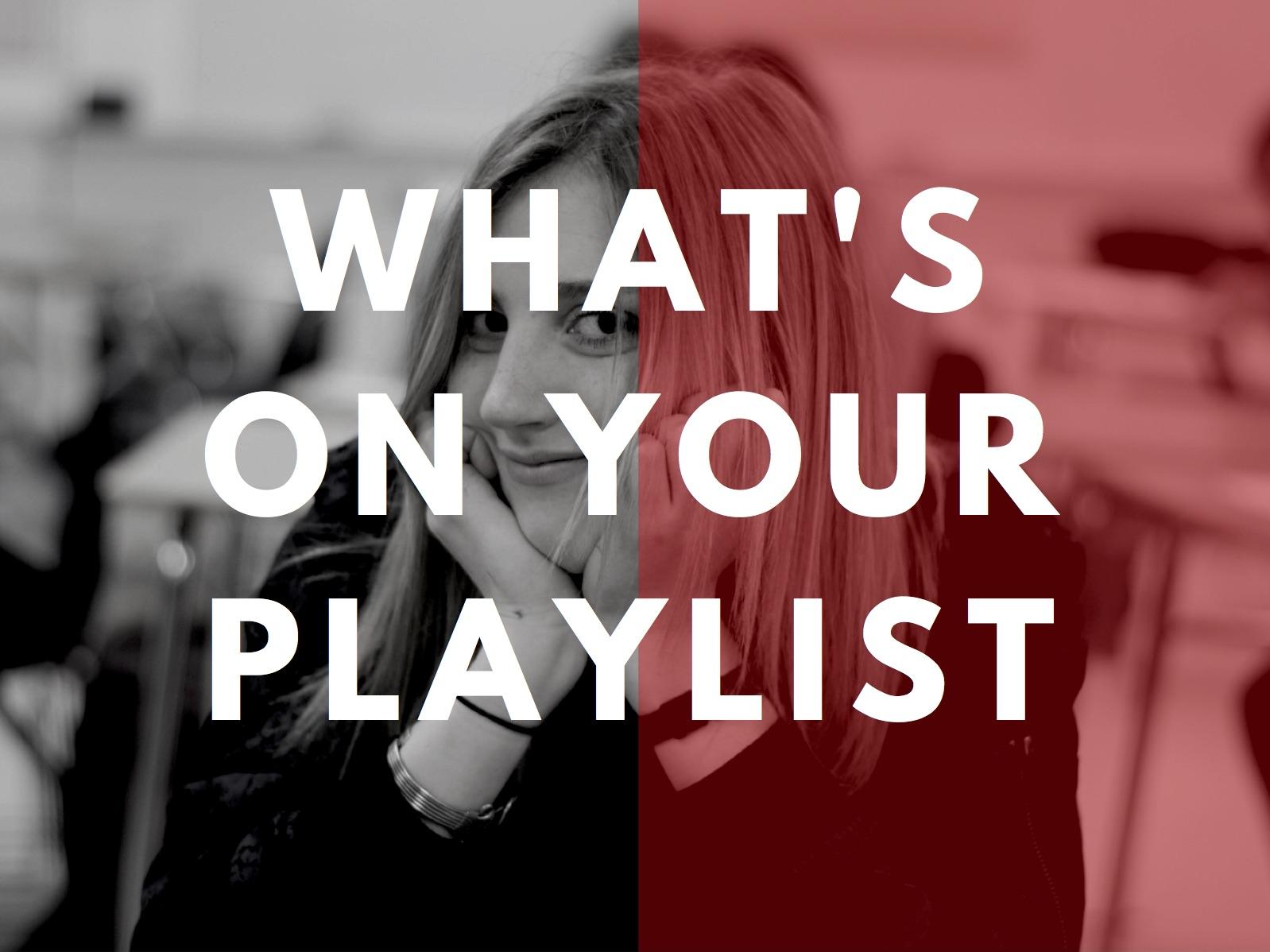 What’s on your playlist: Eleanor White

“In how we decorate space with furniture and art and ourselves in clothes that express our style and taste, I find it most important that we decorate our time with music.”

“This is nearly impossible to answer. In different genres, I have different favorites and it feels almost like I’m breaking a contract in my own head by picking a favorite.

I will say vocally, one of my favorite songs is “Walk On the Wild Side” by Lou Reed, just because it was an eye-opening song for me. I have been listening to the song since my childhood and the message became clearer as I grew. Also Lou Reed has a remarkable voice, the song gives me chills every time the intro is played.”

Temples- “Strange or Be Forgotten”

Angel Olsen- MY WOMAN  (“Not that into her, but great feminine voice to listen to leisurely.”)

“I have a playlist of songs in my journal that are all very meaningful to me. Not even lyrically do the songs have importance, but there are different musical compositions that illustrate different parts of my life. These all hold a great deal of importance to me.

For example, Cat Stevens and Neil Young remind me of my childhood, while Real Estate and Unknown Mortal Orchestra are reminiscent of myself as a 12 or 13-year-old, opening my eyes to alternative music.

However, one song that I can guarantee is very meaningful to me is “St. Stephen” by the Grateful Dead. It is an endlessly fascinating piece, both lyrically and in its many musical variants over the years. Written by Jerry Garcia, Robert Hunter and Phil Lesh, the song has a beautiful intro and is carried by lovely vocals and chords the entire way through.

The song is mostly important to me because it reminds me of my sister who is a big part of my life and who is probably the person I value most.”

“The entire ‘Shrek 2’ soundtrack. I know every song word for word: I’m a soundtrack fanatic, to be honest.”

“This song makes the playlist as it marked a pivotal point in early Rap music by pushing the boundaries of what is “acceptable” to be rapped about. It opened the eyes of listeners t0 the economic disparity that was really going on in the Bronx in the early 80s.”

“This song was the last song featured on Van Morrison’s album, Moondance. As well as a farewell song to the album, ‘Glad Tidings’ holds a lot of significance as it is also one of the last songs on the series finale of The Sopranos. The line “surprise, surprise” plays swiftly in the background as the final scene cuts with indeed, a surprise. In turn, this adds a great cinematographic effect to the song.”

“A new release on Mild High Club’s 2016 album Skip Tracing, this song is one of my favorite releases of indie music this year. (2016 was great year for new releases in this music category with Solange and Blood Orange being equally as great).”

“This song specifically makes the cut as it is one of my favorite Simon and Garfunkel songs. It was written by Paul Simon when the two were beginning to split up and end their career together. While recording, the pair used an echo chamber and then multi-tracked it several times to make it sound like they had a chorus. In my opinion, this worked out great.”

“Under My Thumb’ makes the cut because who doesn’t love a classic Rolling Stones song that can be listened to at any occasion?”

“This songs is admirable for its lyrical poetry and flow. Cat Stevens has been a big influence on me for his incredible rhyme pattern and lyrics as a songwriter.”

“This song immediately brings me back to my childhood. Growing up, I didn’t listen to the traditional radio music. Instead, I listened to songs such as ‘Rock Lobster’ and ‘Crocodile Rock’ that had some focus on animals. In fourth grade, my favorite mixtape was a combination of alternative songs with an animal focus (my two biggest nine-year-old passions).”

“Adding this song really shows the full circle of music that I listen to and appreciate. I have a definite soft spot for 90s alternative music. The style of artists such as The Pixies, Smashing Pumpkins, Radiohead, and Third Eye Blind was a great point in mainstream angst.”

“Those who know me well, know this fits in my top songs just for its overtly light, ‘melancholy’ beat and charm. Gorillaz will always be a well respected band in my heart for their authenticity and original sound and style.”

“This song makes the cut because it really hits all the best factors that make up a Noise Pop Band. I love Sleigh Bells because they clearly are out of the range of normal Pop music, as they use authentic instruments and kill their live performances.”

“To end the playlist, I find it only fitting to throw in some Bowie. One of my personal favorites is ‘Space Oddity,’ as it is not like any other song that you might play to sing along to. This song is very respectable, for it creates a scene in your head while listening that enables the listener to feel as though they are interacting with the music itself.”