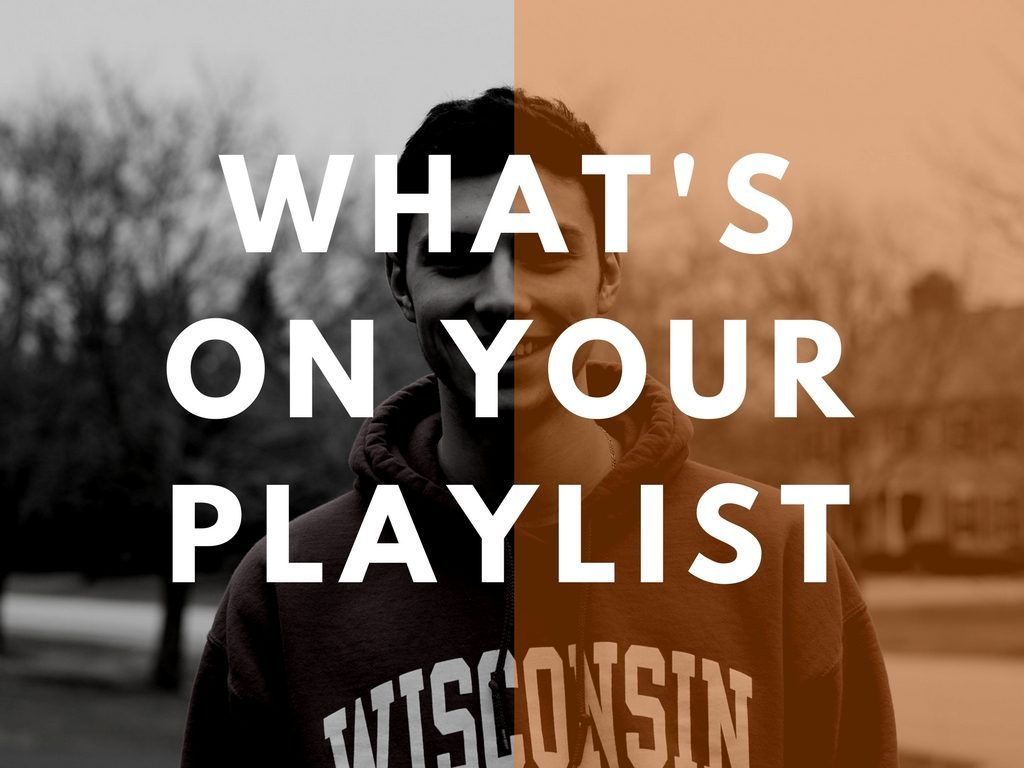 What’s on your playlist: Jordan Kolsky

“Since I have almost no knowledge of how to read notes or how to play an instrument, music to me is a bit like magic. I don’t understand how melodies or lyrics can happen so seamlessly, but I sit back and enjoy the result all the same.”

“As new music comes out, I tend to latch on to fresh content in the weeks following its release until it inevitably takes a backseat to the next wave of new songs. However, ‘Golden Slumbers’ by The Beatles has always been and always will be special to me.

I remember listening to it in the car with my family as we drove up to camp for the first time. It’s one of those songs where I can picture myself exactly where I was when I first heard it. To this day, I still get goosebumps when I hear the unmistakable piano in the intro.”

Solange- A Seat at the Table

“Although many songs have lyrics that are very important to me, the reason I chose this song is not because of its content, but rather the memories associated with it. ‘Swing Low, Sweet Chariot’ was originally a slave song, but has been adopted by numerous artists over the years. Jerry Garcia’s version is the one I’m most familiar with.

Until I was old enough to buy music on my own, my dad’s music was my music. Being the Dead Head he is, every time we drove somewhere, the Grateful Dead would be playing in the car all the way there and all the way back. ‘Swing Low, Sweet Chariot’ was always the song he would play first and it was my absolute favorite. Whenever I hear it, it brings me back.”

“Not gonna lie, there’s nothing better than a little Adele every now and then.”

“First of all, if you don’t know who Anderson .Paak is, get on that. He is absolutely incredible. I chose this song in particular from him because it is a relaxing summer afternoon in the form of a song. No other song I’ve ever heard has put me in such a good mood. .Paak’s voice, mixed with the piano and horns, is just so good.”

“As I said before, ‘Golden Slumbers’ has been my favorite song ever since I knew what music was. What I love most about the song is that in the hundreds of times I’ve heard it, I always notice something new on every listen. The song is split up into three different parts and each part carries something unique.”

“If you’ve ever heard the song ‘Jungle’ by Drake, you’re probably familiar with this song even if you don’t know it. In the background of ‘Jungle,’ ‘Six Eight’ plays on a sped-up loop and lays the foundation for the beat. Curious as to where the sample came from, I searched the lyrics and came upon this song and immediately fell in love.”

“A relatively popular Dylan song, ‘Lay Lady Lay’ is one of my favorite songs of all time hands down. The way Dylan changes his voice to have a slightly deeper tone than usual is a welcomed change that I really like.”

“Bon Iver has always been a favorite of mine because of his unique style and tranquil ambience. On ‘715 – CRΣΣKS,’ Bon Iver strays from his usual simple production and goes totally acapella. Additionally, he produces it using a Messina, resulting in one of the coolest sounds I’ve ever heard (the same machine used to produce Kanye’s voice on ‘All We Got’ from Coloring Book).”

“Childish Gambino’s newest album “Awaken, My Love!” strays from his usual style into a funkier sound that I really enjoy. ‘Stand Tall’ stands out to me because of Childish Gambino’s singing and the positive message he decided to end an otherwise psychedelic album on.”

“Frank Ocean is my second favorite artist ever and songs like ‘Voodoo’ are the reason why. From a relatively unknown album when compared to the rest of his work, the two-minute song has some of Frank’s best singing and really great sounding instruments in the background. I could honestly listen to ‘Voodoo’ 100 times in a row and not get bored of it.”

“If you know anything about me, you know Kanye has always been my favorite artist of all time, no questions asked. His persona and music fascinate me, and I think no other song captures both his brand of production and his cocky attitude more than ‘Champion,’ where Kanye talks about how he is a champion in every way possible and goes onto explain why he’s the best. It’s Kanye being arrogant and overconfident and I couldn’t love it more. ”

“‘u’ is one of those songs where you have to listen to it a bunch of times to truly appreciate it for everything it’s worth. At first listen, it’s a little confusing and uncomfortable, sounding like a wacked-out spoken word poem. However, after a few more listens, I noticed the small things in the music and paid closer attention to the lyrics. I realized just how insanely meaningful and beautiful the song really is.”

“Ever since last summer when I was introduced to Mac DeMarco’s music, I haven’t been able to stop listening to him. A lot of Mac DeMarco’s songs sound very similar to be honest, but ‘Freaking Out The Neighborhood’ features a faster pace that complements the rest of his first album, 2, very nicely, which overall carries a much quicker rhythm when compared to his other albums.”

“There’s nothing better than jamming out to this song in the car and losing your voice singing the Italian in verse three. This is another song I used to listen to with my dad way back in the old days, so I probably memorized the entire song before I could ride a bike. I love Queen and this song is their crown jewel in my opinion.”

“Similar to my ‘Six Eight’ selection, this song would probably be recognized by a lot of people because of its role in ‘Otis’ from Watch the Throne. However, alone this song captures one of the best voices in the history of music displaying a range of vocal styles. Otis Redding’s ability to switch from singing softly to raspy yelling is phenomenal, and nowhere is it more prevalent than on this song.”

“I put this as the final song because of its lengthy outro, so I figured it would be fitting to be the outro to my playlist. The Doors aren’t my favorite band in the world, but ‘L.A. Woman’ has always been a fun song to listen and sing along with. The best part of the song is in the middle when the band builds up to the ending guitar solo.“