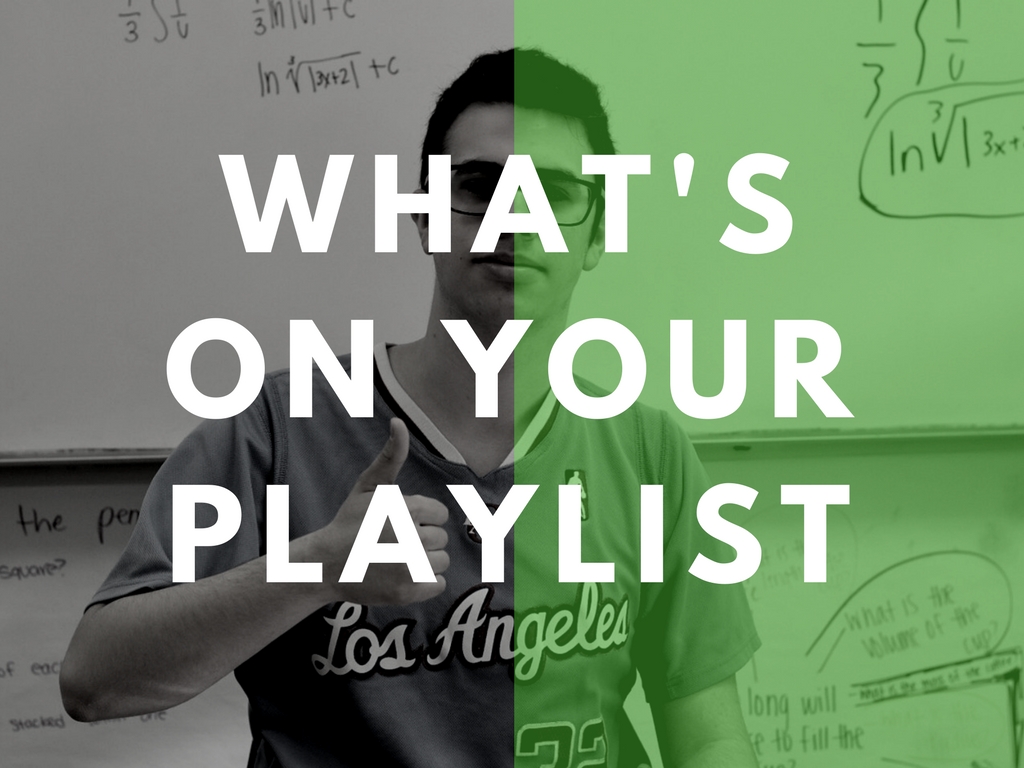 What’s on your playlist: Josh Lookatch

“Music is what happens when you strum the heartstrings. The sounds it creates are these emotionally charged sound waves of sheer beauty.”

“‘Till the End’ by Logic. Just everything about this song, from the flow to the narrative to the beat is immaculate. The lyrics and narrative remind me of Biggie’s ‘Juicy,’ and when that meshes with Logic’s trademark flow, and catchy ‘sing a long’ beat, you have something truly special. It’s a must play for me every time I need a good hyping.”

Redbone- “Come and Get Your Love”

“Most music comes off as very meaningful to me, but right now, it has to be ‘Grown up Fairy Tales,’ by Taylor Bennett (feat. Chance & Jeremih). This song talks about growing up and childhood. Being a senior, this song has really struck a chord with me, and has even inspired my own musical writing (yeah I’m kinda a rapper) to focus on the same subject in a similar style.”

“Being someone who appreciates lyricism, I find it funny that I also love Lil Yachty’s music. Also, I have to admit that I play my own song, ‘My Mind.’ every once in awhile.”

“Great pump up song, fun to sing along to. Watsky’s way with words is remarkable and really shines in this song.”

“This is the type of song that makes you want to jump out of bed and boogie down the street. And the song has a wonderful positive message, so it’s a no brainer for me.”

“Great song to balance out any playlist, and it’s a classic.“

“Emotionally charged track, also shows a different side of Lil Yachty and is a great first song to hear from up-and-comer Kodie Shane.”

“Ok last Watsky song, promise. His ability to rap incredibly fast just makes this song so much fun to listen to. It’s even more fun when you practice enough to get as fast as he is.“

“For this song, I recommend rolling down the windows and singing as loud as you can, it’s just a grand old time.”

“This song just always makes me feel emotional for no reason, just such a delicate, beautiful song.”

“Another song that just has a lot of emotion to it. I also really like this band, their lead singer’s voice is just very different and relatable in a way.”

“I just get so incredibly hyped up to this song to the point where I had to exile it from my playlist because I was getting too hyped for my own vehicular good, so listen at your own risk. The 2 Chainz verse is magnificent.“

“Had to end on a classic, I know every word. This is the artist who is easily my biggest inspiration as we both share very similar backgrounds. The whole premise of this song is just hilarious and perfect for his style and story.“