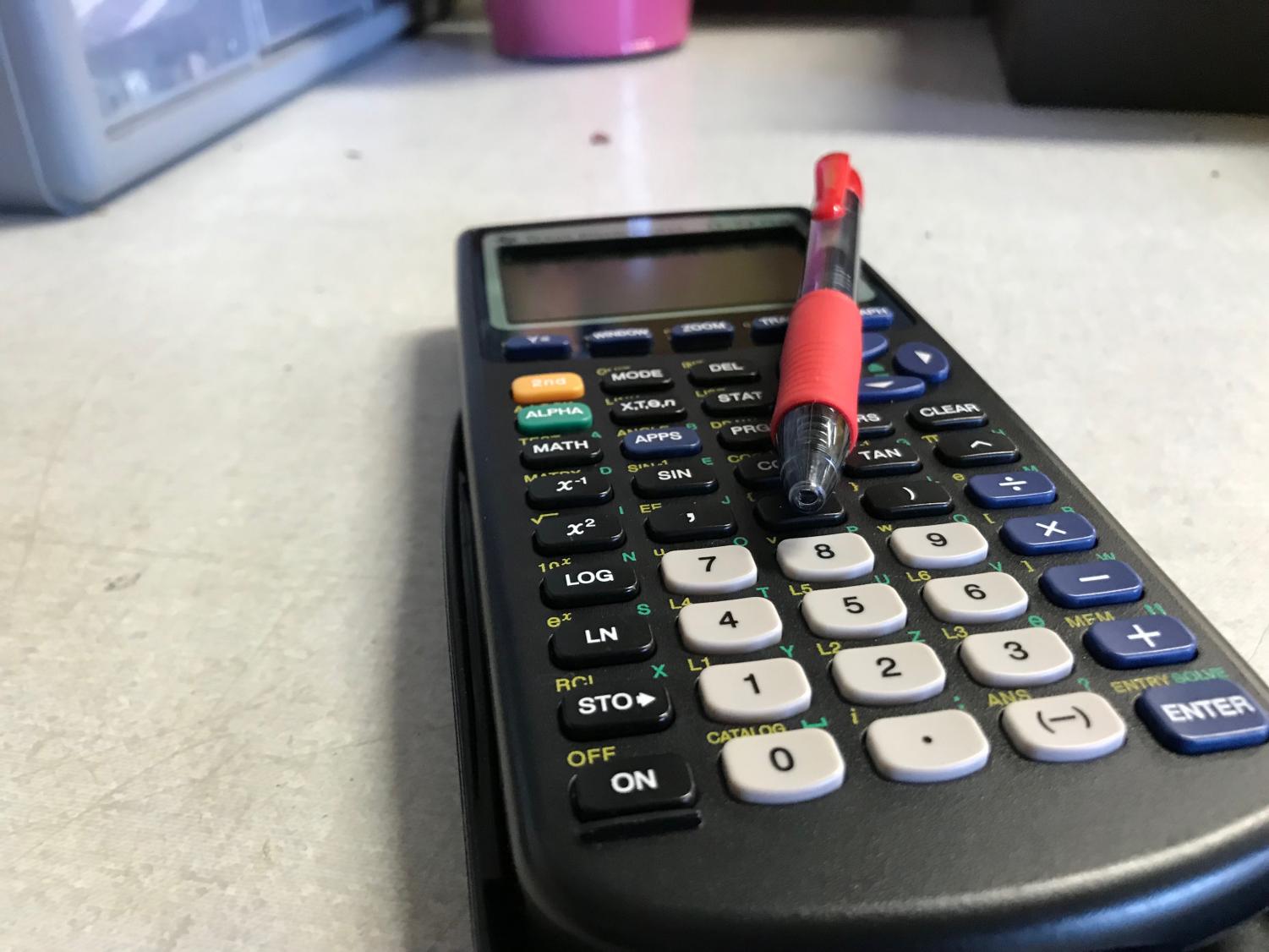 This was not a photo obtained from the investigation. This photo is to demonstrate the means by which students used to cheat on the AP Physics 1 exam.

This was not a photo obtained from the investigation. This photo is to demonstrate the means by which students used to cheat on the AP Physics 1 exam.

A cheating incident was discovered involving the AP Physics exam during the first hour class period on Wednesday Nov. 29.

“A group of students were talking about [cheating on a physics test] while in a math class, and Mr. [Joe] Ordinans overheard it. There were pictures going around, and  Mr. Ordinans reported it to Principal [Brett] Bowers,” Kaitlyn Bliesner, junior and AP Physics student said.

Max Kelly, junior, elaborated on the situation., “They (some students) went in [Mr. Miller’s] desk and took pictures of his test.”

“Then the kids uploaded the answers into [the memory of] their calculators,.” Ryan Maxon, junior, added.

Mr. Paul Sivanich, AP Physics teacher, shared with Highlander Publications reporters what students and teachers thought happened, saying, “What we are aware of is that very likely, tests (copies of the final exam) were taken out of Mr. Miller’s drawer long enough for it to be photographed with a cell phone, and then it was sent electronically. Also, adults and administrators (I was told) have a screenshot of a calculator with answers on it. That was also distributed. The picture is the front page of the multiple choice test as well as the screenshot of multiple choice answers on a calculator.”

This breach of security resulted in the students having only the short answer portion of their final exam counted. Instead of 60 points, the test was 38. Some students took issue with the fact their scores were not counted. “I kind of focused a lot of my time on the multiple choice to make sure I got that right. So the fact that is wasn’t even counted is annoying,” Bliesner said.

“I always tell students, what kind of person do you want to be? This is something, especially as you are high school age and you are maturing, these are questions you have to ask yourself. I like to frame it that way.  When people talk about you and when people describe you, what do they want them to say?”  Sivanich said.

When the teachers have a test stolen from them, “You as a teacher you really end up taking it personally. You work together as a team and you have trust and all of that and you definitely feel like that trust was betrayed and so it hurts,” Sivanich said.

Administration did investigate this situation but was not able to determine a specific person responsible for the incident. Regarding consequences, “Not only would this be a compromise of academic integrity and then you get a 0 on the test, but the fact that they actually took the test out, we consider that stealing. So that has an additional set of consequences,” Sivanich said.

In order to prevent this in the future, “We are going to buy a set of calculators for physics where you can’t store answers to tests on it, which is kind of sad that we have to do that,” Sivanich said.  “The saddest thing of all, to me, is that every time I hand those out, that’s what I’m going to think about.”

Reflecting on what happened, George Lampen, junior, said, “It’s the wrong thing to do. The teacher talked about it, said that he’s never cheated in his life and that he’s sad that we are making our society worse.”

Sivanich has grappled with the aftermath of this debacle and what it means for him. “When I think of this class of AP 1 students that’s the first thing I think of. When I talk about this year’s class, that’s the first thing I’m going to say. And it’s a sad thing. Students often ask me to write letters of recommendation; I don’t know how I am going to feel about that this summer. I don’t know what I’m going to do. I don’t like feeling like this, but that is authentic.”