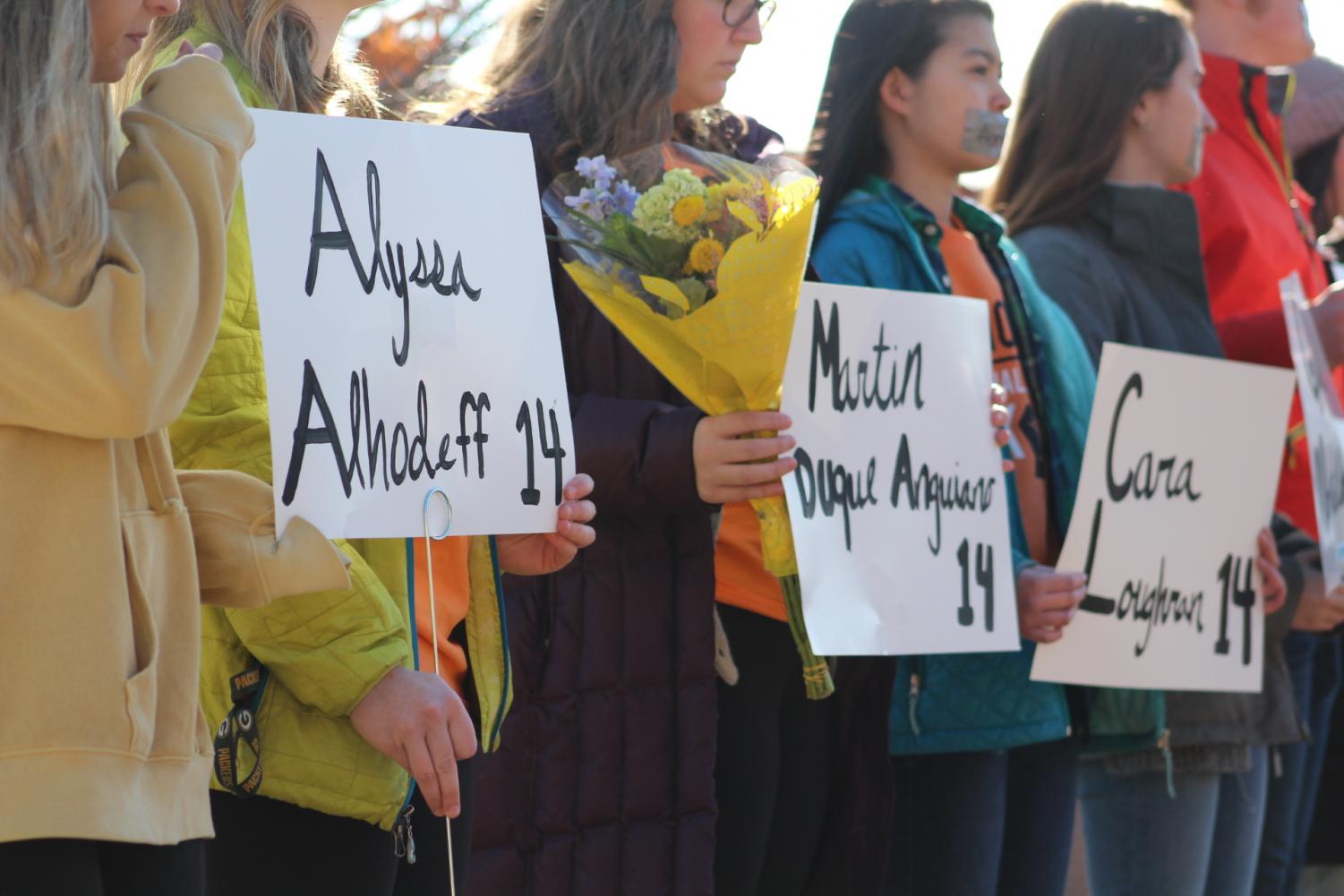 Students hold up signs to memorialize the 17 students who died at the Parkland shooting. (Caitlin Geurts)

Students hold up signs to memorialize the 17 students who died at the Parkland shooting.

As students left their classrooms and made their way to the Highlander Walkway, a crowd began to form. With orange shirts saying #ENOUGH National School Walkout sprinkled through the crowd, and some students covering their mouths with duct tape reading “Enough,” the national movement of walking out in memorial of the 17 students and teachers who lost their lives in the Marjory Stoneman High School shooting in Parkland, Fl. made its way to Homestead.

One month after a gunman took the lives of 17 students and teachers at Marjory Stoneman High School, students across the nation joined the movement to stand in unison in support of student voice and safety in schools and to memorialize those who lost that right.  Seen through protests and school walkouts, students across the nation bonded over the shared desire of a safe learning environment and a need for greater gun control.

“It’s heart wrenching that we even have to partake in an event like this to remember lives lost, but it was imperative to us to honor the 17 students from Florida and many more who have lost their lives due to gun violence. I believe this is only the beginning and we will take action to save innocent lives,” Kennedy Wojcik, senior, said.

At Homestead, the memorial took place just outside of the Highlander Walkway. Students congregated and stood in silence for 17 minutes. Each minute was dedicated to a victim of the Parkland Shooting. After the 17 minutes passed, Silma Berrada, senior, addressed the student body and invited students to remain silent for the rest of the day. 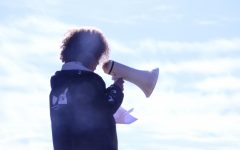 We have the opportunity to speak after this. These seventeen people do not. They will remain voiceless forever. We will not. Their voices were ripped with a piece of metal, their minds were stopped with one shot and their heartbeats were silenced by a gun. We must honor the voiceless with our voice. We need action, so we take action. We are facing an American problem, so we need an American solution.”

“I invite you to continue being silent today in honor of the seventeen fallen in Florida and the many others whose education was taken away from them too soon. We are in this building to reach our full potential, break the barriers and utilize our most powerful tool: education. Knowledge offers us the hope of a brighter future, but we cannot have this opportunity shot from our youth anymore. We just cannot,” Berrada added.

After the walkout, posters with the victims’ names were laid out in the grass and students were given the ability to place flowers on the posters to support the memorial. Many students chose to continue their silence for the remaining of the school day, symbolizing that the walkout was simply the beginning of the fight to end gun violence.

“I know we are not supposed to be getting political, but I’m tired of not feeling safe in school and having to think about putting children’s lives before other people’s hobbies. I think it’s really important that we have a voice,” Katrina Liberman, freshman, said.

At Homestead, the administration supported the walkout and allowed the students to leave class to participate. According to a statement released by Superintendent Matthew Joynt, “The Mequon-Thiensville School District will not impose penalties upon students who choose to participate in walkouts in a manner that does not interfere with the educational program or present a health or safety hazard, per Board of Education policy.”

The walkouts held on March 14 represented only the beginning of the students’ fight for stronger gun control laws. Driving the conversation about safety in schools and the nature of gun control, teenagers are making their voices heard around the nation.

At 10 a.m., with silence came the start of a conversation. At 10 a.m., students became catalysts for change.

For more photos of the walkout, see link: Geurts and Shapsis: Photos of Walkout 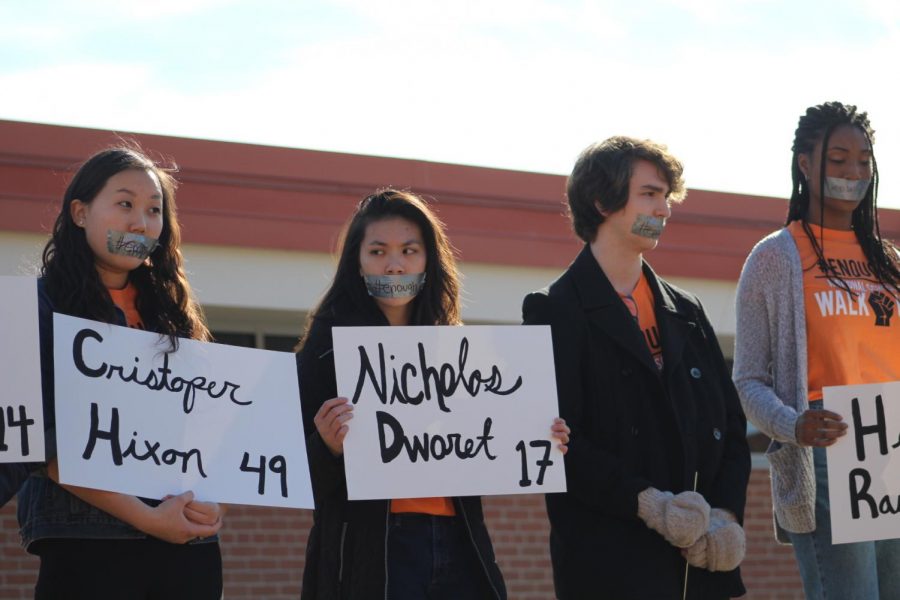