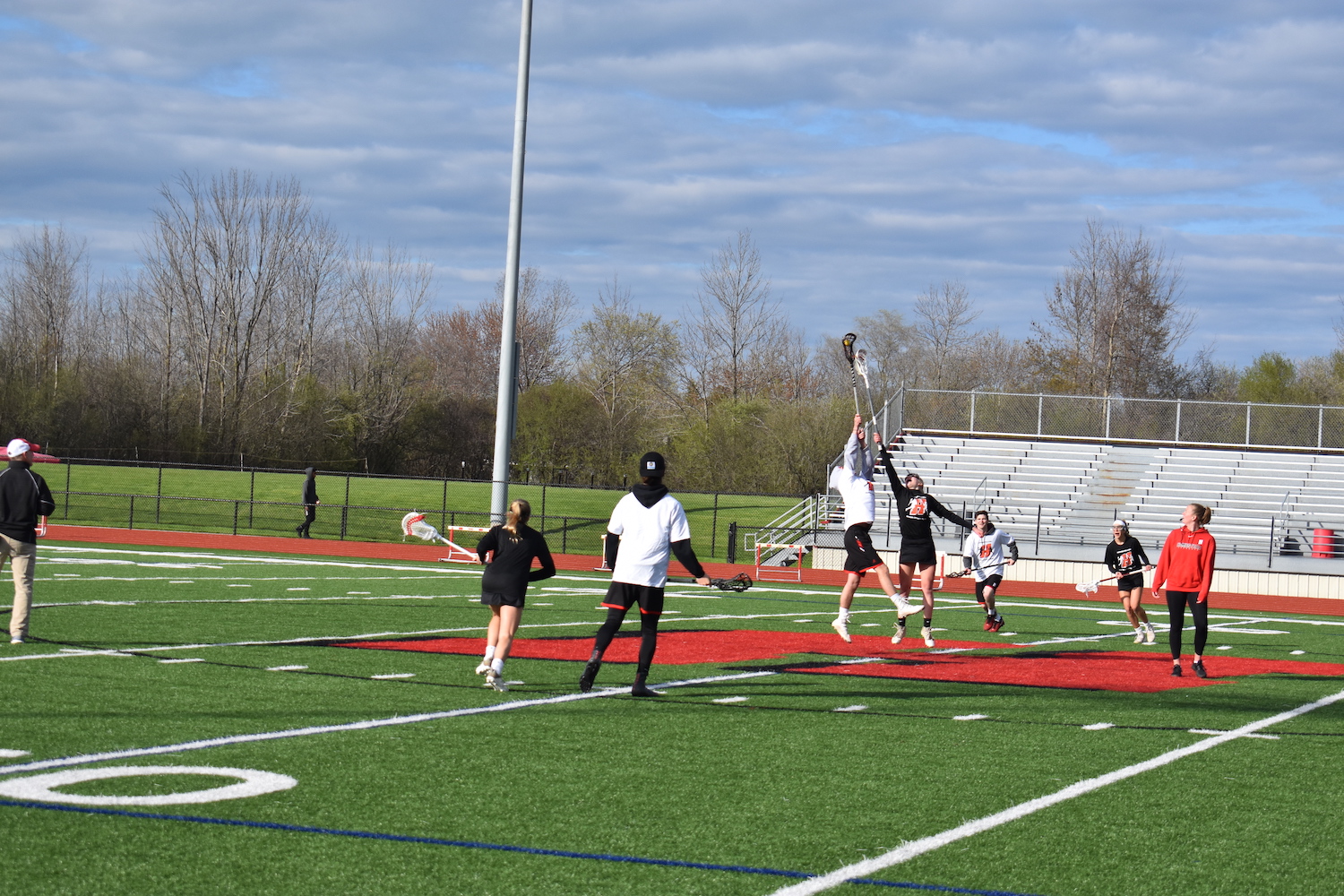 Lacrosse for a cure

The girls and boys varsity and JV teams played against each other in a fight against cancer on Friday, May 10. All the proceeds from the game were donated to the G9 Fight Against Childhood Cancer. This program was created by an 11-year old girl from Hartland, Wisc. after her twin brother passed away from cancer.

JV player, Alice Berezovski, freshman, has been looking forward to this game for a while. “Being able to participate in a sport that I have grown a passion for has been amazing, along with this game,” she said, “but tonight, it’s not about the win, it’s about winning for a cure.”

All Homestead lacrosse players who participated had looked to play for children who struggle with cancer. “Being able to play for a cause shows that the game is more than just a win,” JV player, JJ Perez, freshman, said. The fight towards childhood cancer is something that Homestead has held many fundraisers for, most including sporting events. The night was not just about winning for the team, but winning for an important cause.

After a tight battle, the boy’s team pulled out a 12-11 victory against the girls.