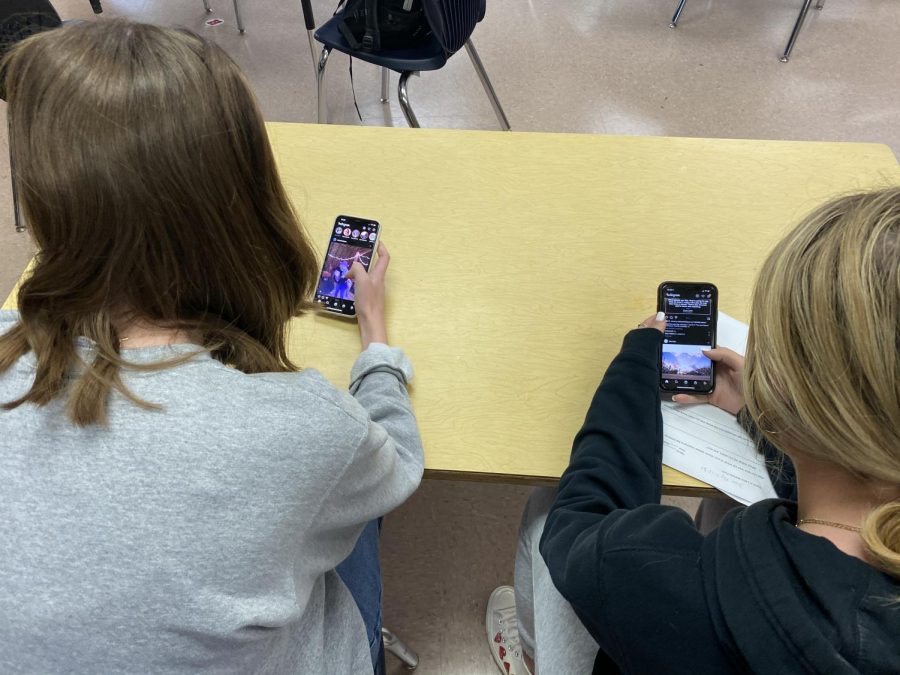 Should cancel culture be canceled?

No, cancel culture cannot be canceled 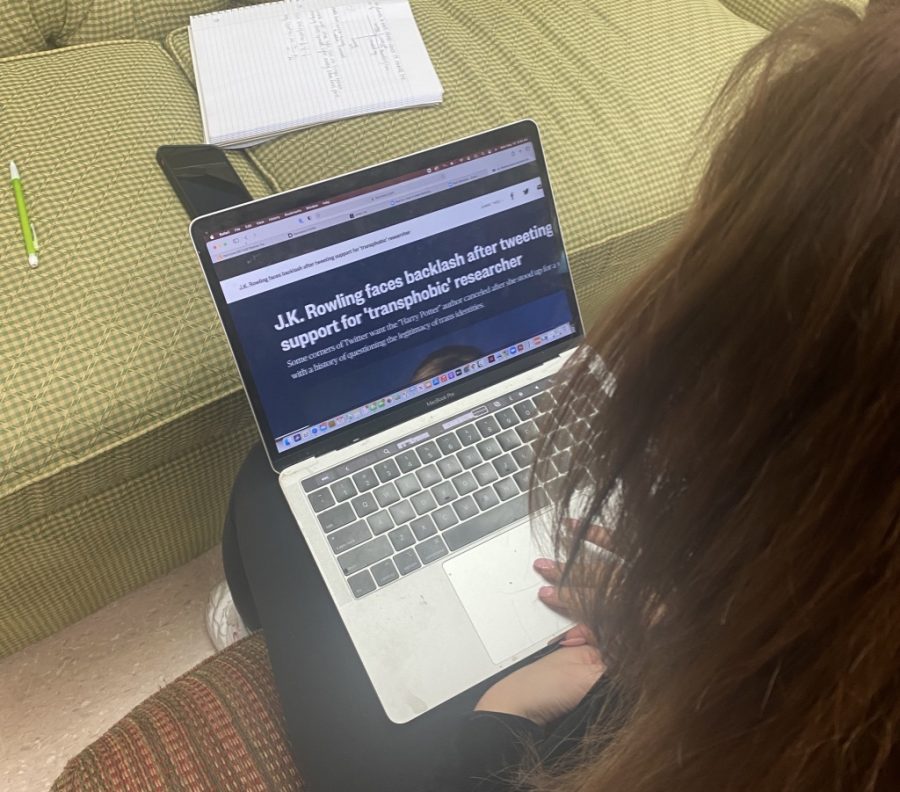 Alexandra Grosso reads up on the latest cancel culture drama with J.K Rowling.

Cancel culture has become very prevalent in today’s society and culture. It occurs mostly through social media by “canceling” people usually for their poor actions. In the past five or so, it has caused a lot of drama and controversy.

Though cancel culture typically has a negative connotation, it is actually very important under certain circumstances. Recently, cancel culture has not only been used for drama and publicity but also to call out racist, sexist, homophobic and many other wrongdoings.

While not every circumstance requires to cancel culture, it has brought huge attention and change to our society. Whether it is a person, a brand, etc., cancel culture rarely fails to make a change in behavior. It is important that these people and brands are exposed so that people do not give them the attention and fame they deserve. In some instances these actions are mistakes, but regardless, cancel culture forces that choice to apologize and move on or admit their wrongs.

Some popular examples of cancel culture are Shane Dawson, YouTuber, who had racist videos surface or J.K. Rowling, author, being exposed for anti-transgender comments and many more. These are just a few examples of the many people and celebrities that have been caught up in the cancel culture scandal in recent events.

Conclusively, canceling culture itself is not the issue. It is only an issue when individuals weaponize it in order to pursue their own agendas. At its core, it is only meant to bring awareness to situations that should be addressed.

Yes, cancel culture should be canceled 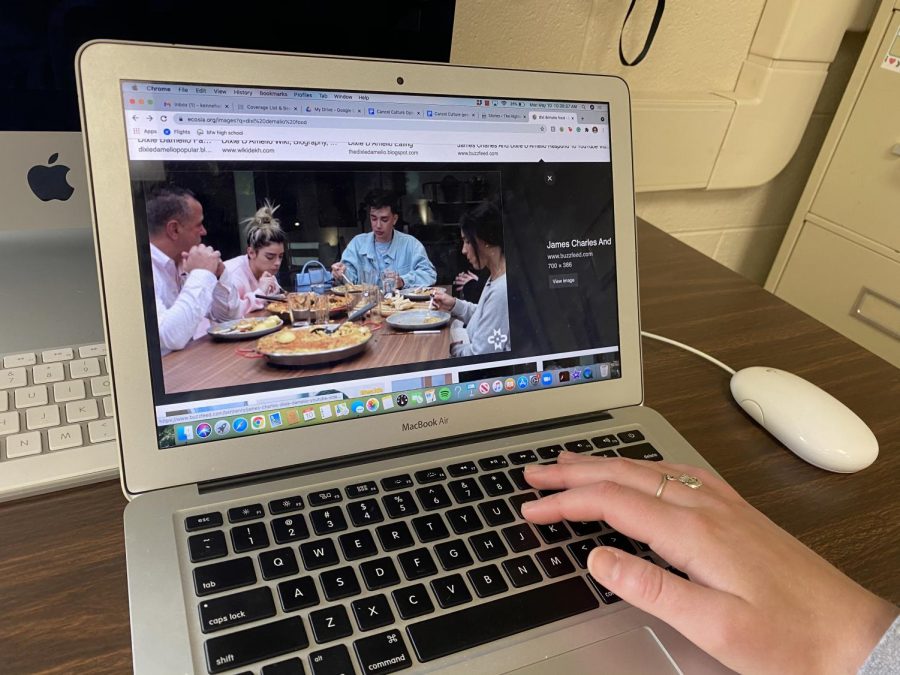 The news of Dixi D’Amelio disrespecting her personal chef takes the internet by storm.

Cancel culture is defined as “the practice or tendency of engaging in mass canceling as a way of expressing disapproval and exerting social pressure” by Merriam Webster. This social media phenomenon has become extremely prevalent in popular culture within the past five years.

Typically in a “cancel culture” situation a celebrity, social media influencer, or anyone online partakes in behavior that is viewed as socially unacceptable. As the internet catches wind of their mistakes they jump onto Twitter, Instagram, or Tik Tok to “cancel” the person by calling them out for their poor actions, leaving hateful comments, and not supporting the person anymore.

One example would be in 2020 when the Tik Tok famous D’Amelio family hosted a dinner that was catered by their personal chef. In a video that was released the oldest daughter, Dixi, was seen making faces and complaining about the food. The internet was quick to call Dixi out and “cancel” her over her ungrateful and bratty behavior, however, this is a minor instance of cancelling a celebrity.

I find it important to note that although I disagree with the overall concept of cancel culture, there is no excuse for racist, sexist, homophobic or any other hatefully motivated actions. Behaviors like these should be condemned and the people participating should always be held accountable. I wholeheartedly support the cancellation or disapproval of anyone who causes others harm through their words or actions.

While I believe that certain behaviors or attitudes should most definitely be called out, the idea of ‘cancel culture’ has become second nature across social media platforms and is ultimately doing a critical disservice to our society. We find it so easy to sit behind our screens and jump to judge other people for every miniscule thing they do.

Cancel culture creates a breeding ground for moral righteousness, leading people to have the mentality that “I’m right and you’re wrong,” rather than explaining the person’s mistake and allowing them to learn from it. In an ever changing society, growth is essential to making the changes we need.

How can we expect others with different opinions or ideas to see our viewpoint if we simply “cancel” them, ostracize them and move on? By attacking strangers online and claiming “they should have known better” we leave no room for improvement or quite frankly, even an explanation as to why they were wrong in the first place.

This perpetuates an idea within society that when someone makes a mistake, they cannot be forgiven, and they must be shunned. However, one of the most basic lessons we are taught as children is that you learn from your mistakes. Even though cancel culture holds people accountable and identifies people’s mistakes, what it fails to do is let them apologize and mature from the situation.

On a smaller scale, I personally find myself not necessarily “cancelling” individuals on social media, but being so quick to judge them. For example, as I scrolled through Instagram I saw a fitness influencer working out at a gym without a mask on. In the age of COVID-19, my mind immediately went to “Oh she’s working out in a public place without a mask, she must be an anti masker and not care about the health of others,” without even considering a myriad of other factors.

Even though I personally do not say anything on many posts, many other people will flock to the comments to share their opinion. While wearing a mask is obviously important during a global pandemic, commenting “ANTI MASKER #cancelled” is not going to change anyone’s mind nor get them to respect my perspective.

Ultimately, my issue with cancel culture is that it further drives a division between people rather than allowing us to work together to understand each other. At a time in our world where we need love over hate and respect over fear, cancel culture is detrimental to our growth as a society.