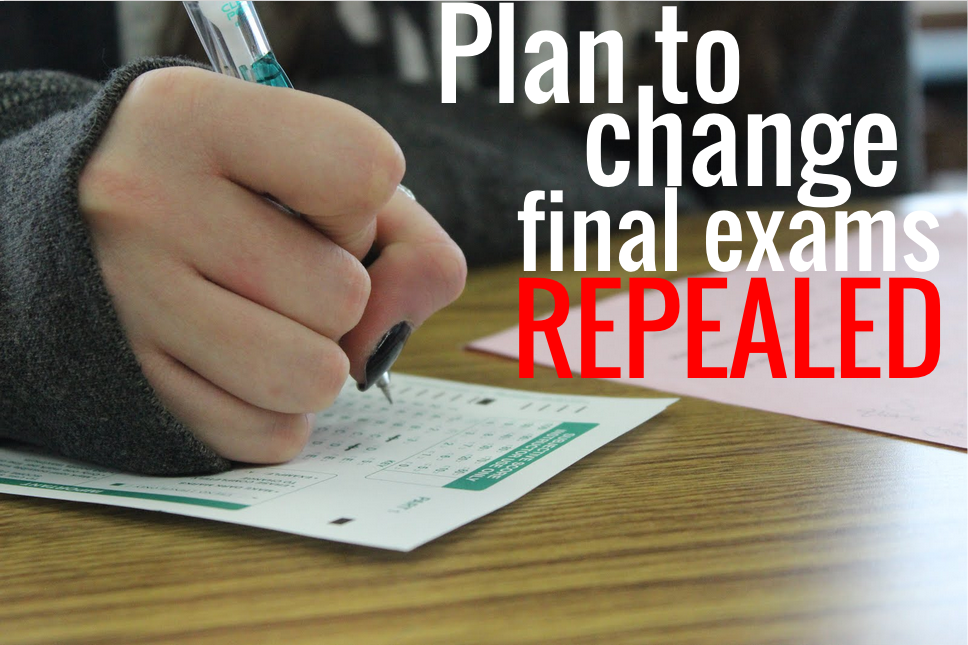 After announcing future changes to the final exam system in a letter sent to parents on Wednesday, March 10, Mr. Brett Bowers, principal, repealed this plan and proceeded to explain that “the current final exam schedule at Homestead will remain in place,” in another letter dated Friday, March 13.

According to Mr. Bowers, a report from Today’s TMJ4, along with discussions on public talk radio, sparked a “community-wide conversation” that “mischaracterized what was going on” and “caused a great deal of angst for people, some of whom might have been reacting to the media rather than to [his] actual letter.”

Although many believe the changes were primarily planned in order to relieve stress on students, Mr. Bowers articulated several more prominent reasons for implementing the changes. In his first letter, Mr. Bowers states many initial arguments for the changes, such as the importance of students receiving “meaningful feedback from the teacher,” relieving time constraints on assessment days and a focus on “essential understandings” rather than on “collections of details.”

In a school-wide student survey, a student in favor of the changes expressed his or her thoughts, stating, “I believe that our current exam format doesn’t reflect the true intelligence of the individual and there could be better ways to assess what we have learned over the trimester.” Alternatively, another student against the changes argued that the current exam process we have is “ultimately beneficial because… the format of the 75 minute exam is the closest practice we will ever get to college midterms and exams.”

As many community members have expressed their concern for college preparation or the lack thereof, Mr. Bowers assures that the administration has greatly considered this issue. “We want to prepare students for college, but preparation is not the same thing as replication,” Mr. Bowers said.

Despite the halt of major changes to the exam format, administration plans to continue working towards improvement and Mr. Bowers “fully expect[s] that there will be changes that will go into place for next year.” Furthermore, these changes “will occur within the boundaries of our existing system,” resulting in the “maintaining [of] the high standards we have at HHS… and strengthening trust between the district and community.”